In 1950 The Yugoslav “Red Flag Enterprise“ (or prewar “Military Technical Insitute“, or “Zastava Arms“ of nowadays), Kragujevac, started the production of the Mauser M.1948 repeating bolt-action  rifles, chambered for the standard Infantry Cartridge, Ball M.49 variant, designated as M49. The weapon was based on the prewar Yugoslav Mauser M.1924K (cavalry carbine equipped with a turned down bolt handle) with some details taken from the German carbine K98k (sling swivels). The rifle was with all conventional milled steel parts.

During the course of 1952-1953 the engineers of the “Red Flag Enterprise“ simplified the rifle production, used sheet metal stampings for the magazine body, trigger guard and magazine floor plate (Mauser Rifle M.1948A). But, in 1952 The Infantry Arms Department of the General Staff announced a competition to choosing the sniper rifle for the Yugoslav People’s Army. At the beggining of the next year a test series of 4618 sniper rifles was produced at the Kragujevac plant.

Basic ballistic performances of these rifles corresponded to the 7,92mm M.1948A standard infantry rifles. But, the sniper rifle was to some extant more accurate, that is to say, the best quality pieces were chosen from the manufactured weapons, These were equipped with the precisely manufactured barrels, applying minor tolerances.  The barrel was  23¼ inch (590.2 mm) long with 4 grooves, right hand twist, twist rate  9 ½ inch (240 mm). Muzzle end of the barrel have a left-hand threading to accept suppressors and silencers.

Bolt has a gas vent holes that are designed to move the hot gases away from the shooters face and into the magazine opening in the case of the cartridge case or primer rupture. Bolt body length is 6,115“ (155,3 mm), firing pin length – 7,24“ (184 mm). The three-position safety is a thumb-operated lever mounted on the bolt sleeve. Magazine is a two-row, integral box, with quickly detachable floor plate. Fixed box magazines can be filled with the stripper clips, or with single rounds by pushing the cartridges into the receiver top opening. Each clip can hold 5 rounds, and is inserted into the clip guides, machined into the rear receiver bridge. After the loading, empty clip is ejected automatically when bolt is closed.

The rifle had a two-stage trigger with considerable take up before the trigger engages the sear.  Trigger pulls force – up to 5.6lbs (25N), Rate-of-Fire – 10 rounds per minute. Sniper M.53 iron sight line had a hooded post front sight (to reduce glare under unfavorable light conditions and add protection for the post), and a tangent-type rear sight with a V-shaped rear notch. The rear tangent sight was graduated for 1949 pattern 7.92×57mm cartridges from 200 m to 2000 m in 100 m increments.

However, the Army faced the problem which optical sight to chose.
Actualy, in the course of 1947 the USSR sold to Yugoslavia a contingent of 4580 sniper 7,62 mm Mosin-Nagant M.1891/30 rifles with PU optical sights (PU – pricel, ukorocheny, sight shortened). The PU sight was developed at the Kharkov Factory №3 NKVD (Harkovsky Zavod NKVD №.3) during 1940 for the Tokarev semi-automatic sniper rifles M.1940 (SVT-40). The production of the SVT-40 semi-automatic rifles discontinued in 1942 but the production of the optical sights PU continued to fit the repeating bolt-action rifles Mosin-Nagant M.1891/30. In order to be adjusted to the M.91/30, the elevation turret was replaced on the PU sights. PU 91/30 has a Bullet Drop Compensator (BDC) style elevation turret calibrated to the 7.62 x 54R cartridges utilizing the .310 caliber bullet.

Sight is with 30 mm tube, total length 6 ½“ (169 mm) and  weight 270 g., magnification 3,5-х, field of view  4°30′, exit pupil diameter  6 mm and exit pupil distance  72 mm, with standard “German“ three-post reticule. Elevation turret is marked from 0 to 13 (from 0 to an optimistic 1300 meters). Numbers correspond to the range in hundreds of meters – one graduation will move point of impact 10 cm (3.93in) at 100m. Windage turret is marked from -10 to +10 (-10, -5, 0, +5, +10). One graduation will move point of impact 3.93 in. at 100 m.  Kochetow system M.1942 mount was simplified to provide a basic “self zeroing“ feature. A small knob in the anterior acted as a “ball and socket“ for the mount and the rear of the mount was held in place by a large knurled thumbscrew through pressure. Vertical rough elevation was done with the use of an upper and lower set screw on the base as well. The base of the scope mount was affixed to the left side of the receiver by means of two locating pins and two screws. The screws were retained and prevented from loosening by two setscrews.

The Yugoslav army started developing the first plant for the optical sights production within an improvised workshop “Zrak“ located at Knezevac near Belgrade. A year earlier, near Sarajevo (Bosnia & Herzegovina) the factory “Zvijezda“ for aircraft instruments production started to be built. Shortly afterwards, however, the decision was made  to convert these factory sections to all types of optical instruments production. For that purpose, about the mid of 1951, the section from Knezevac was moved to the workshops near Sarajevo, and the factory as a whole was renamed as “Zrak“. The technological line was not completed until 1956 when series production of the optical instruments began.

Since the optical instruments factory “Zrak“ of Sarajevo was still unfinished in 1953, the optical sights M.52 were being produced in Lublana (Slovenia) in the “Enterprise TOS for optical and glass products“ (“Tovarna optičnih in steklarskih izdelkov“, TOS).

The sniper M.1953  were being tested on the firing range from April the 5th to May the 15th, 1953. The Commission concluded that the weapon dissatisfied tactic-technical requirements and the production was discontinued. The production of a completely new sniper rifle  design 7.9mm M.1969  did not start at Kragujevac until 1969. 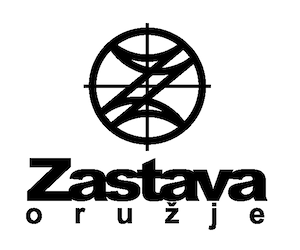